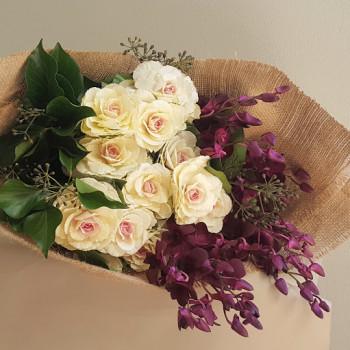 A dreamy arrangement of kale, and maroon Singapore orchids. Available in a vase or as a bouquet...

A blissful mix of spring and summer all sorts, including creamy pascal gerberas, and dahlias, creamy.. 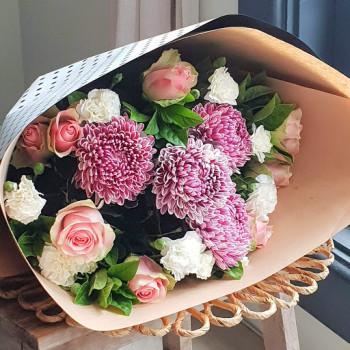 North Narrabeen is named for the area north of Narrabeen, which is thought to be named from an Aboriginal word meaning "many swans".

Settlement of the area dates from the 1810s when the first land grants were made. Land was used mainly for farming. Some growth took place in the 1880s when the first bridge was built across the lagoon. Growth continued in the early 1900s, aided by the extension of the tram service and the popularity of holidays and camping around the lake. Significant development occurred in the post-war years, aided by the opening of Wakehurst Parkway. The population fluctuated slightly from the early 1990s, a result of small changes in dwelling stock and the average number of persons living in each dwelling.