Despite his wealth, charm and  large estate in Derbyshire England (worth a pittance post-Brexit..

Good choice! Why not make the most of these beauties while they are in season. Makes an ideal gift f.. 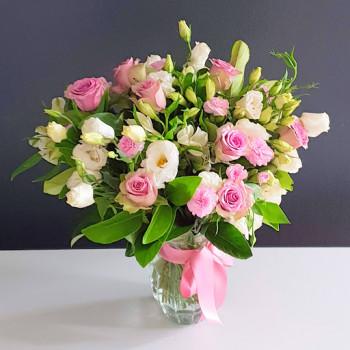 Send beautiful flowers and gifts to Artarmon. Whether for birthdays, mothers day, valentines day or any other occasion, we can deliver to Artarmon. Check out our gorgeous creations today.

In 1794 and 1796, land grants were given to soldiers and emancipists to encourage farming. The most important farm was owned by William Gore (1765-1845) who was the provost-marshal under NSW Governor William Bligh. Gore received a grant of 610 sq km in 1810 and named it Artarmon after his family estate in Ireland. Gore Hill is named after him.

Settlement of the area dates from 1794 when the first land grants were made, although little residential growth occurred until the 1890s. Brick making was an important industry from 1828 until the 1960s, using shale from Gore Hill. In the 1850s large areas of land were auctioned with many orchards and market gardens established. Subdivision and development took place from the 1890s, spurred by the opening of the North Shore railway line. Significant development occurred in the 1920s and early 1930s, especially in the eastern section. From 1969 the western side of the railway line was rezoned, becoming a predominantly medium and high density housing area. The population generally increased slightly from the early 1990s as new dwellings were added to the area.